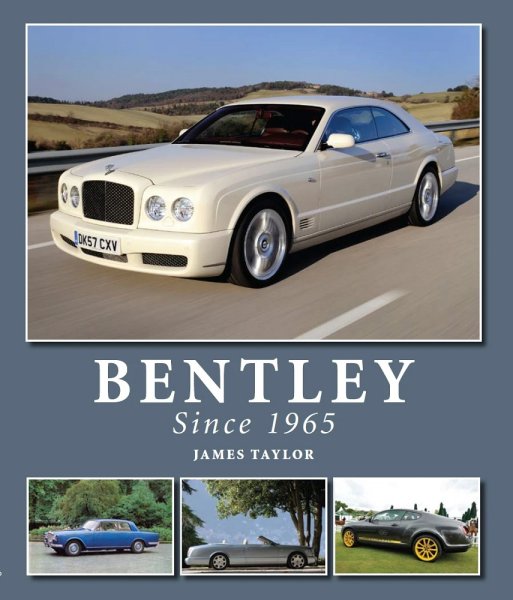 Description
Description
by James Taylor After the racing success of its early days, the Bentley marque was sadly... more
Close menu
Bentley since 1965

After the racing success of its early days, the Bentley marque was sadly neglected in the 1960s and 1970s. Revival came in the form of the Bentley Mulsanne Turbo in the early 1980s. From that small but very important beginning, Bentley gradually rose to out-sell its Rolls-Royce stable-mate in the first half of the 1990s. Then, separated from Rolls- Royce at the end of that decade, it went on to even greater things under the Volkswagen Group's ownership - including a win in 2003 at the world-renowned Le Mans 24-hour race, where it had made its name in the 1920s.

To illustrate the fall and rise of Bentley, this book goes right back to the origins of the 1960s T series cars. It shows how limited resources delayed progress in new car development. But once Bentley did have something it could call its own, in the shape of the turbocharged variant of Rolls-Royce's long-running V8 engine, there was no holding back its sales.

Within ten years, Bentley was again able to deliver a standalone model in the shape of the astounding Continental R. After Bentley was sold to Volkswagen at the end of the 1990s, determined investment by the new owner saw the first of a new breed of Bentley emerge. Powered by German-designed engines, but drawn up with a sensitive regard for the history and traditions of this illustrious British marque, the modern Bentley has become a huge success story without losing any of its exclusivity.

Key to Volkswagen's treatment of the Bentley marque was amajor re-engineering programme that focussed on the V8 engine first introduced in 1959. That engine has gone into many of the current models, and now delivers truly astounding levels of power and torque to give these admittedly large and heavy saloons performance way beyond that achieved by lesser pretenders. The modern Bentley embodies elements of the past, but retains the technological and performance leads that have always made the marque one for the connoisseur.