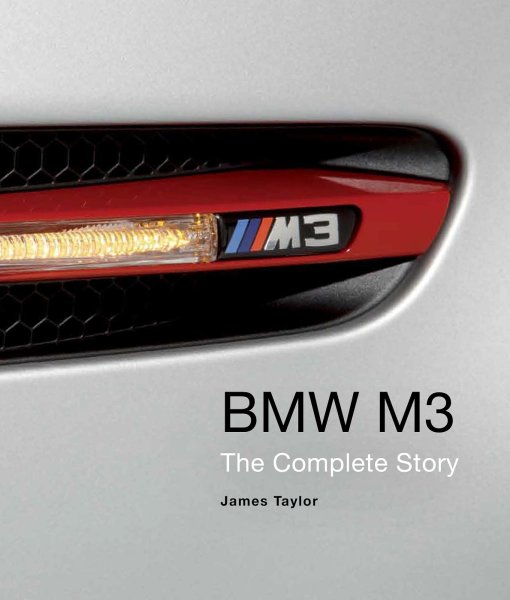 Few cars in recent years have inspired such devotion among enthusiasts as the BMW M3. Now entering its fifth generation, BMW's compact performance car is recognized worldwide as the benchmark of its type.

This book looks in detail at the first four generations of the M3, which arrived in the mid-1980s as an E30 "homologation special", intended to keep BMW ahead of rivals Mercedes-Benz on the racetracks. But the M3 soon became very much more than that. Before long, buyers latched onto its exclusivity and turned it into a status symbol - and BMW was only too happy to exploit that. Within two years of the original car's launch, air conditioning, leather upholstery and a convertible body option took the M3 into the luxury class. But the transition was not made at the expense of the performance and handling that had been the very essence of the original car.

The second-generation E36 car, introduced in 1992, moved from raw 4-cylinder to smooth 6-cylinder power, picking up on the excellence of BMW's small-block "sixes" and carrying it forward with aplomb. There was more luxury, more body choices as a saloon joined the coupe and convertible models, and yet more performance. A further-developed 6-cylinder was the choice for the third-generation E46 cars introduced in 2000, and with this range BMW finally solved the tricky problem of delivering a racing-style gearshift that would also function as an effortless automatic, when driver or conditions demanded.

Racing was always in the background when the 6-cylinder cars were in production, although in Europe the cars were less prominent in major events because regulations changes had made them less competitive. So when the fourth generation, or E90-series, cars came along in 2007, BMW was determined to get back on the tracks. The new cars, boasting a V8 engine for the first time, not only provided the anticipated driving excitement on the road, but also saw BMW roar back to prominence on the racing circuits in the 2012 German Touring Car Championship.

For all fans of the BMW M3, this book provides essential background. It is packed with the facts and details that make the M3 legend come alive.