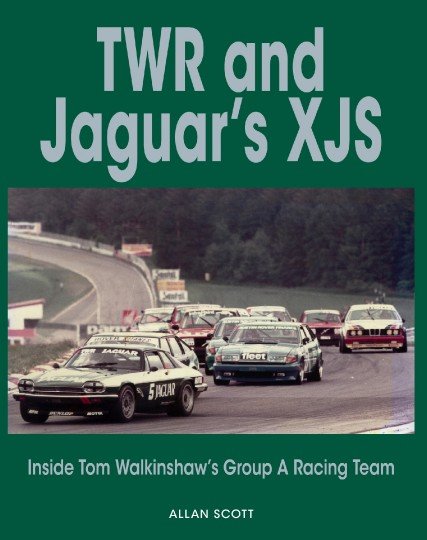 Description
Description
by Allan Scott This book is a high quality coloured production and tells the inside story of... more
Close menu
TWR and Jaguar's XJS — Inside Tom Walkinshaw's Group A Racing Team

This book is a high quality coloured production and tells the inside story of how Tom Walkinshaw Racing carried out this sometimes controversial motor racing programme for Jaguar Cars UK, from 1982-1987. New Zealander Allan Scott who investigated and managed TWR's Race Engine Division over 15 years takes an in-depth view of how TWR operated, as well as documenting its many successes on the race tracks of Europe, Australia, New Zealand, Japan and Macau. Told from an engine perspective, this book reveals for the first time the magic and myth surrounding this period in TWR's history.