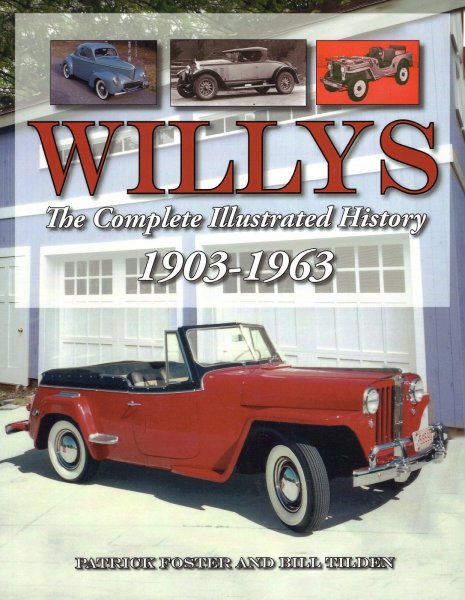 Description
Description
by Patrick Foster and Bill Tilden Although there have been many Jeep books, this is the... more
Close menu
Willys — The Complete Illustrated History 1903-1963

by Patrick Foster and Bill Tilden

Although there have been many Jeep books, this is the first complete history of the Willys-Overland passenger cars, civilian trucks (as well as the civilian and military Jeeps) along with the Corporation's history.

Illustrated with rare and unusual factory photos and period ads, the Willys story begins in 1903 when the Standard Wheel Company began making overland cars. Prospering in the ‘20s it became bankrupt a decade later.

Even after Kaiser Motors bought Willys in 1953 its products were still branded Willys until 1963 when the name was phased out. The final new Willys Jeep - The Wagoneer - was introduced in 1963 and became a legend in its own right.