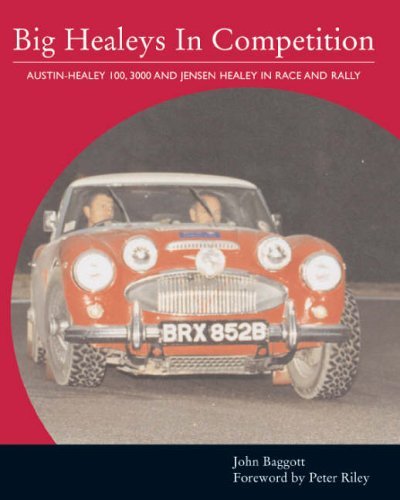 The Austin-Healey 100 and 3000, in all their variants, were raced and rallied extensively and enthusiastically from the very beginning in the early 1950s.

For over ten years big Healeys, from the 100/4 to the 3000 Mark III, were a force to be reckoned with on the track - at Sebring, Le Mans, in the Mille Miglia and in club competition - and, particularly, on the rally stage. Later the Jensen Healey too was raced by a small but dedicated band of drivers.