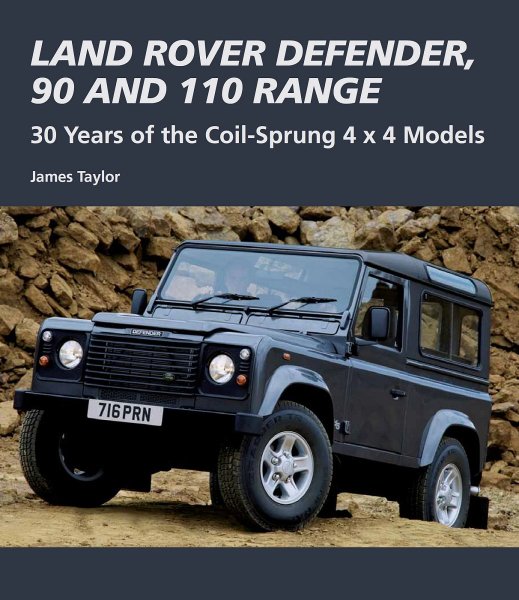 When Land Rover switched frorn leaf springs to coil springs for their utility models in 1983, it was a major step forward. The Range Rover had disproved the received wisdom within the company that greater comfort would encourage drivers to drive too fast in rough terrain and so break the vehicles, and the change improved ride comfort and off-road ability at a stroke.

This book charts the evolution of the coil-sprung Defender vehicles. The first coil-sprung model, the One Ten, replaced the Series III 109s. The short-wheelbase Ninety replaced the Series III 88s in 1984, and by then there was already an ultra-long wheelbase One Two Seven on sale as well. By this time, permanent four-wheel drive had become part of the Land Rover DNA, too. From 1990, the models were all re-branded as Land Rover Defenders - 90, 110 and 130 - as the Land Rover range expanded and the marketing teams wanted a new name. Today, many people call the earlier coil-sprung models Defenders for convenience, although to do so is misleading.

In thirty years of production, the coil-sprung Land Rovers have been available with a bewildering array of engines, gearboxes and body styles, and during the Defender era there has also been a vast number of special editions, both overseas and at horne. Manufacture has always been primarily concentrated at Land Rover's traditional Solihull home in Britain, but there have also been many overseas assembly plants, and some of these have produced their own fascinating special varieties of the basic models.

Land Rovers were originally designed as commercial vehicles. As demand for 4x4 vehicles for everyday use mounted in the 1980s, Land Rover built steadily on its off-road reputation and image, and developed its core model into an urban warrior as well. Today's Defender is as much at home in the city streets as it is in the desert or on the frozen tundra, and yet it has lost none of its original appeal as a rugged, go-anywhere, do-anything vehicle.