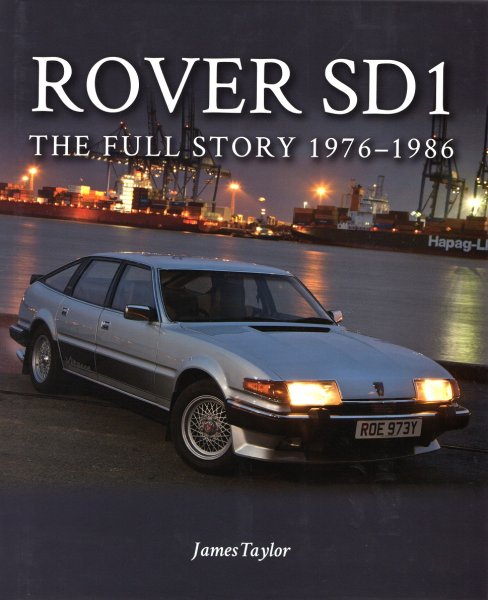 Description
Description
by James Taylor Rover's big hatchback saloon of the 1970s and 1980s had all the elements of... more
Close menu
Rover SD1 — The Full Story 1976-1986

Rover's big hatchback saloon of the 1970s and 1980s had all the elements of a superb motor car. It was the work of long-standing Rover engineers, with substantial input from their colleagues at Triumph. The SD1's top models even shared their V8 engines with earlier and much-loved classics from Rover. It was stunningly attractive, cleverly derived from Italian supercar styling and still extraordinarily practical thanks to its large hatchback configuration.

Yet for all that, it never quite fulfilled its potential. The SD1 suffered from cost-cutting by British Leyland that would never have been allowed under the old Rover regime, and it suffered from inexcusably poor quality control. In a nutshell, the car was a casualty of the Leyland era, and a tragic one at that.

Recognizing the problem but hampered by lack of money for investment, Leyland eventually transferred production from the specially built Rover works at Solihull to the former Morris factory at Cowley. Quality improved dramatically, and the cars took on more of the character that buyers expected in a Rover. Backed up by a motorsport programme in which the high-performance Vitesse models were devastatingly successful, these improvements brought the car a new legion of devotees in the 1980s. So much was it liked by the end that to meet customer demand Rover had to develop a hatchback derivative of its replacement, the Rover 800 that was designed jointly with Honda.

Today, the Rover SD1 is rightly appreciated as a car that was both of its time and ahead of its time. Despite the faults that gave the model a bad reputation for so long, the remaining cars are being restored and cherished by enthusiasts.

In this book, Rover historian James Taylor tells the full story of the SD1, warts and all, from initial concept to final production model. There are detailed chapters covering its fortunes outside the UK, its successes in motorsport, its use by police forces, and the aftermarket modifications that were current when the car was in production. Finally, for those inspired enough to seek one out today, there is guidance on purchase and ownership.