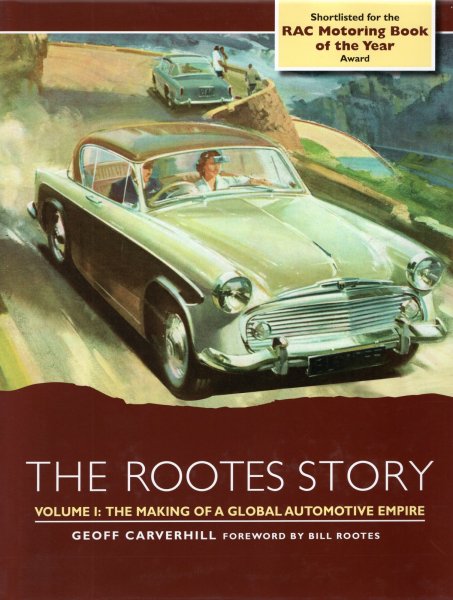 Description
Description
by Geoff Carverhill This book traces the meteoric rise of the two Rootes brothers, William... more
Close menu
The Rootes Story — Volume I: The Making of a Global Automotive Empire

This book traces the meteoric rise of the two Rootes brothers, William and Reginald, development of one of Britain's most important motor vehicle manufacturers.

The Rootes Group acquired some of the most famous names in the British motor industry: Hillman, Humber, Sunbeam and Singer cars, as well as Commer and Karrier commercial vehicles. Over the years, some of the models built by Rootes would become household names: the Hillman Minx, Humber Super Snipe, Sunbeam Alpine, Singer Gazelle, Commer Superpoise and Karrier Bantam.

In its heyday in the late 1950s, Rootes was the fourth largest manufacturer of cars and trucks in Britain, exporting to over 180 countries worldwide, becoming a global automotive empire. In this book, the people and various companies involved with Rootes are profiled, as are the cars and commercial vehicles built by them, with specifications of principal models. Personal insight from employees is given along with valuable contributions from the Rootes family themselves.