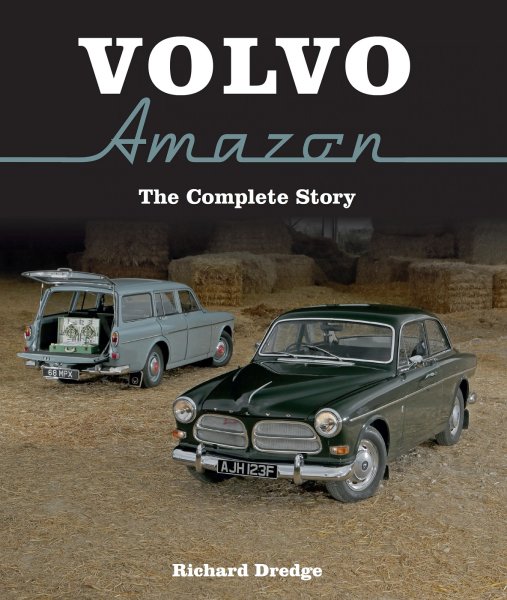 Description
Description
by Richard Dregde In 1956, the prototype of a new passenger car from Volvo was presented. It... more
Close menu
Volvo Amazon — The Complete Story

In 1956, the prototype of a new passenger car from Volvo was presented. It became known as the Amazon in Sweden and the 121 and 122S in export markets, the latter denoting a more sporty derivative. However, despite its substantial appearance, all Amazons were surprisingly fleet of foot - this was one of the most sporty European saloons of the 1960s.

With its elegant, timeless styling the Amazon broke new ground for Volvo - and for passenger cars as a whole. While it was the first car from the Swedish company to feature monocoque construction, it was also incredibly tough so it made a great motorsport weapon - although in period many drivers preferred to stick with the tried-and-tested PV444 and PV544 instead.

Where the Amazon was cutting-edge though was in the comfort and safety levels that it offered. Not only was it the first car to feature orthopaedically designed seats, but it also introduced buyers to a padded dashboard, laminated windscreen and seatbelt mountings front and rear - along with the world's first three-point seatbelts fitted as standard.

While the Amazon was initially offered as a four-door saloon only, Volvo would later offer the model as a two-door saloon and a five-door estate. All were hugely admired and collectible too. The former was especially popular in historic motorsport. The initial 1.6-litre engine would grow to 1.8 litres, then a full two litres, while there would also be automatic and overdrive gearboxes added along the way.

When the 140-series was introduced to replace the Amazon in 1966, it was Volvo's intention for the latter to slip quietly away. But the Amazon wasn't going to die that easily - it would be another four years before the final example was built. And the intervening years have not diminished the Amazon's popularity - it may have been launched in the middle of the twentieth century, but in the twenty-first century it is still one of the most usable, practical and endearing cars ever made.