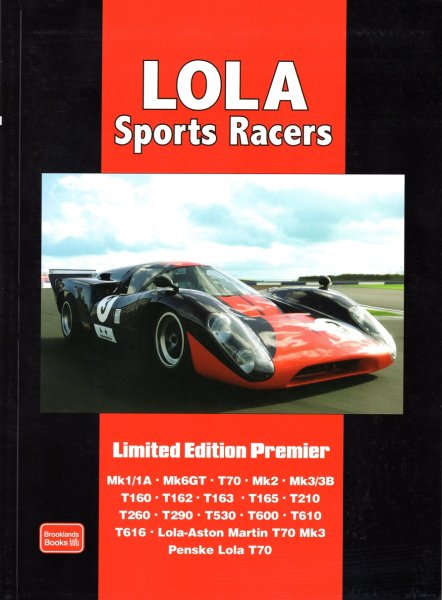 Description
Description
Like so many other people who have successfully turned their hobbies into careers, in a... more
Close menu
Lola Sports Racers — Brooklands Limited Edition Premier

Like so many other people who have successfully turned their hobbies into careers, in a relatively short space of time Eric Broadley, the man behind Lola, switched from being a civil engineer who enjoyed weekend motor racing to earn his living as a full-time car constructor. It was driving the 750 Special owned by his cousin Graham that got Broadley started on his motorsport adventure, but in 1957 he built an 1172cc Ford Special that acquired the name Lola.

Success in the 1172 category led to a decision that would change his life. For the 1958 season Broadley designed and built a sports car powered by a Coventry Climax engine to contest the 1100cc class. The car made its debut at Crystal Palace, but it was the August Brands Hatch meeting that made everyone really take notice of the new Lola when it became the first sports car (of any engine capacity) to achieve a lap time of less than a minute. Favourable comments about the Lola's performance and the quality of its construction were only tempered by questions about Broadley's ability to get the maximum out of his car.

Despite accepting orders to build three more cars during the winter of 1958, Broadley was still working weekdays in the construction industry. However, a test session at Brands Hatch with the prototype Lola-Climax would prove to be a pivotal occasion. Lotus works driver Peter Ashdown tried the car and immediately set much quicker lap times than Broadley knew he was capable of.

1959 was a remarkable year, with Lola sports cars racking up wins and setting lap records galore, and the orders flooded in. Faced by such a demand, Eric Broadley quit the building business and went into motor car manufacturing. A variety of single-seater racing cars followed, with varying degress of success, but it was the sensational unveiling of the Lola Mk. 6 GT at the 1968 Racing Car Show that led to Broadley's involvement with the Ford GT40 project. Once his consultancy period with Ford came to an end, Broadley produced his most famous model, the Lola T70. Winning the fabled Can-Am Championship no less than six times this car, probably more than any other, would come to represent the Lola name to sports car aficionados around the globe.

Competitive sports cars for Group 6, Le Mans, IMSA GTP and other forms of racing were continually produced throughout the 70s, 80s and 90s, but it was the disastrous foray into Formula 1 in 1997 that caused Lola to go into receivership. The company was rescued by Martin Birrane in 1998 and has since established itself as a leading exponent of automotive technology while retaining the heritage of being one of the oldest and largest manufacturers of specialist sports and racing cars in the world. 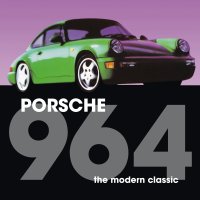