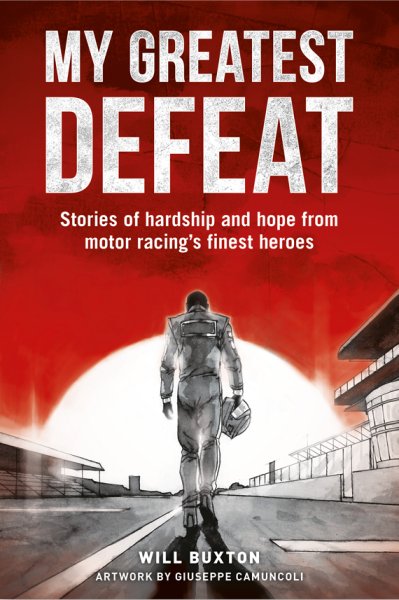 Description
Description
by Will Buxton This book is a collection of honest and revealing insights into 20 of the... more
Close menu
My Greatest Defeat — Stories of hardship and hope from motor racing’s finest heroes

This book is a collection of honest and revealing insights into 20 of the greatest living racing drivers; legends of the worlds of Formula 1, Indycar, NASCAR, Le Mans and Rally. Its purpose is to discover their weakest moment, the one time in their lives when they didn’t know where to turn or what to do next. To show that beneath the fire-proof suits and the helmets and beyond the heroics displayed on track, these great modern gladiators are fallible and breakable. The legends interviewed opened up completely. Honesty flowed as rarely seen and little expected. Mighty champions, men we’ve always seen as thick-skinned, macho, manly men, unburdening their souls. These are their stories. Their words. Their truths.