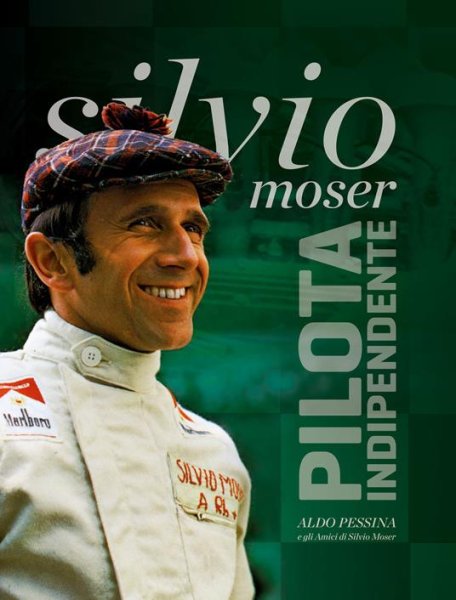 Description
Description
by Aldo Pessina Silvio Moser was known as an excellent driver but unfortunately he was one... more
Close menu
Silvio Moser — Pilota Indipendente

Silvio Moser was known as an excellent driver but unfortunately he was one of the drivers who did not have a chance to become famous. He built his reputation in Formula Two and sports car racing before debuting in Formula One on 15 July 1967 with a privately entered Brabham. He participated in 19 Formula One World Championship Grands Prix, scoring a total of three championship points.

Moser died from severe injuries without regaining consciousness, some time after being involved in an accident while driving his Lola-BMW in the 1,000 km sports car race at Monza.

Thanks to his great friend Aldo Pessina we can now relive the life and the sporting exploits of a driver of great substance and independence that made one of his characteristic traits. From the reading of the book emerged the figure of a complete sports, who lived his passion to the end. A book very rich graphically: unpublished photographs, excerpts from old newspapers, original documents enrich a text rigorous and well built on a figure that still many years away Ticino remembers with great affection and with undiminished regret.