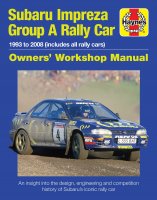 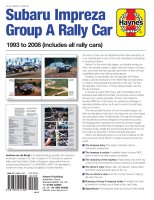 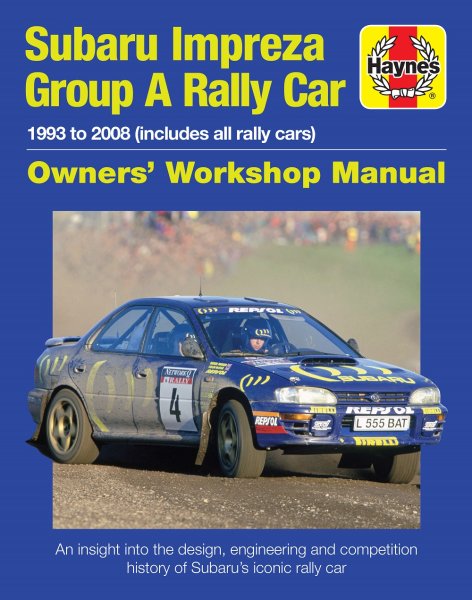 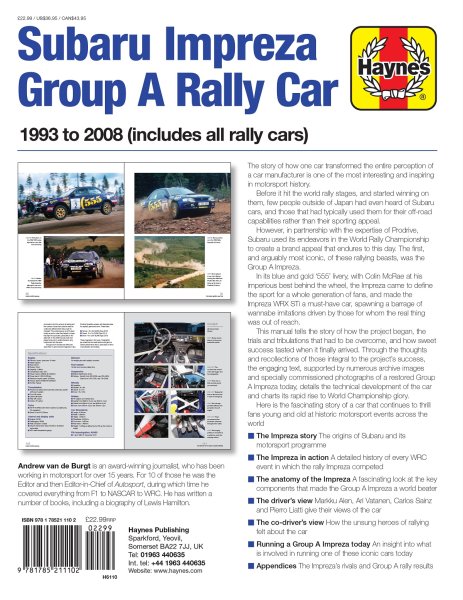 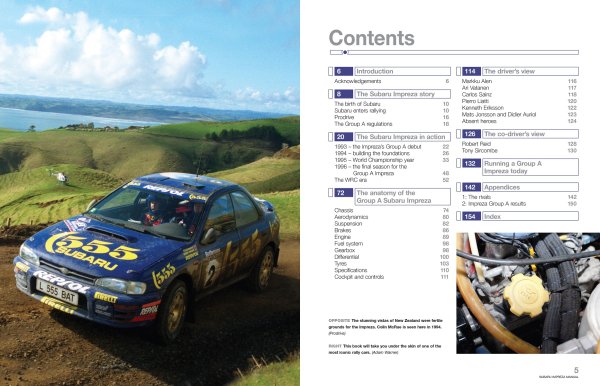 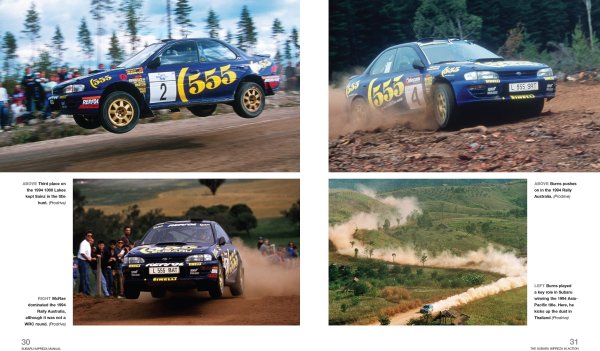 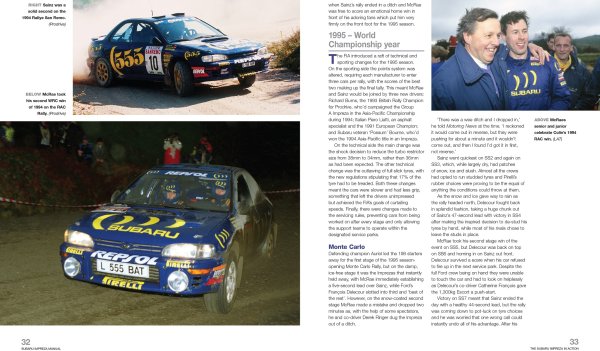 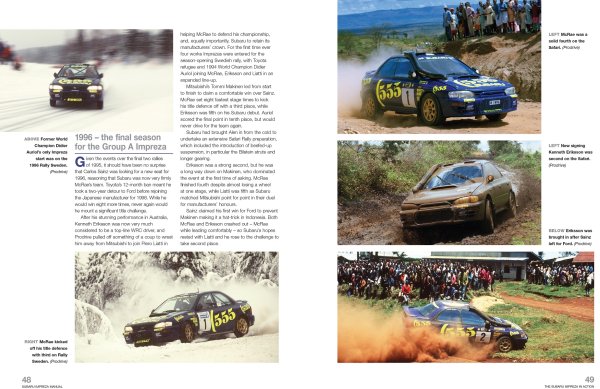 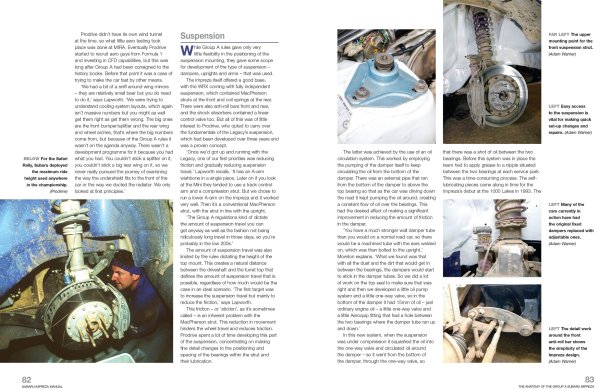 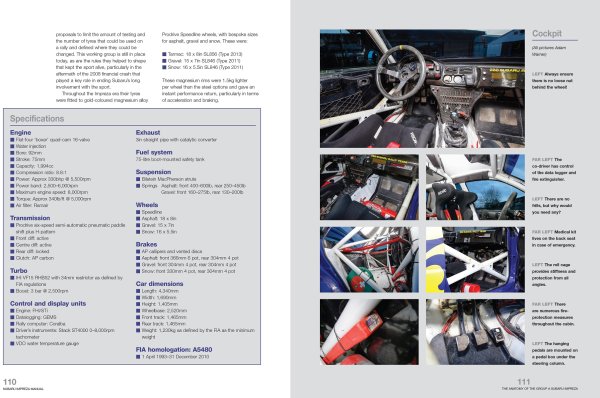 An insight into the design, engineering and competition history of Subaru's iconic rally car

The Subaru Impreza first appeared on the World Rally scene in 1993, taking a hat-trick of World Rally Manufacturers' Championships, in 1995, 1996 and 1997. The list of drivers who have competed in Imprezas includes Marku Alen, Ari Vatanen, Colin McRae, Carlos Sainz, Richard Burns, Juha Kankkunen, Petter Solberg and Tommi Makinen, with McRae, Burns and Solberg all winning the World Rally Drivers' Championship in "works" Imprezas.

The rallying Impreza is the car that transformed the public perception of Subaru from a purveyor of quirky four-wheel-drive cars used primarily by farmers, into a global brand. This Manual concentrates on the competition history and anatomy of the Group A rally Imprezas which competed between 1993 and 1996, with insight from drivers and co-drivers, and looks at what is involved in running a Group A Impreza today. 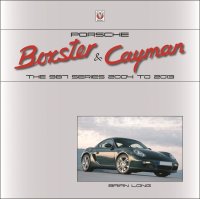