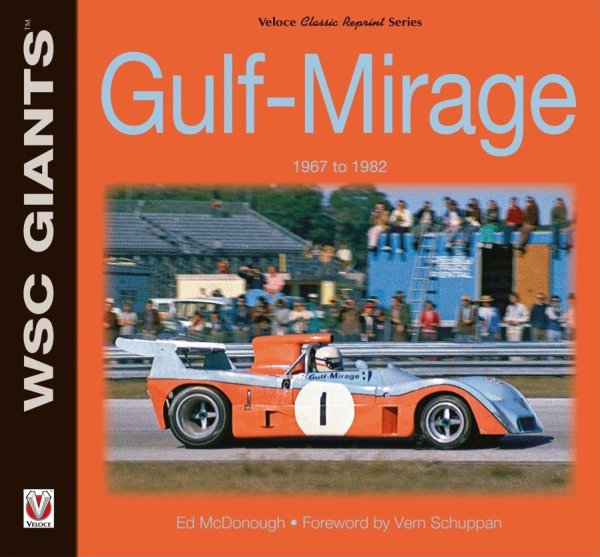 This book details the origin and history of the Mirage sports cars, designed by the British-based John Wyer Automotive firm to contest the various versions of the World Sports Car Championship between 1967 and 1975, and funded by the Gulf Oil Corporation.

The cars began as developments of the Ford GT40, but they soon assumed their own identity. After 1975, the Mirage was no longer in John Wyer hands, but the name lived on, and it remained a significant player in the World Championship for some years. Includes the developmental and race history, with a full list of all events and individual chassis numbers.