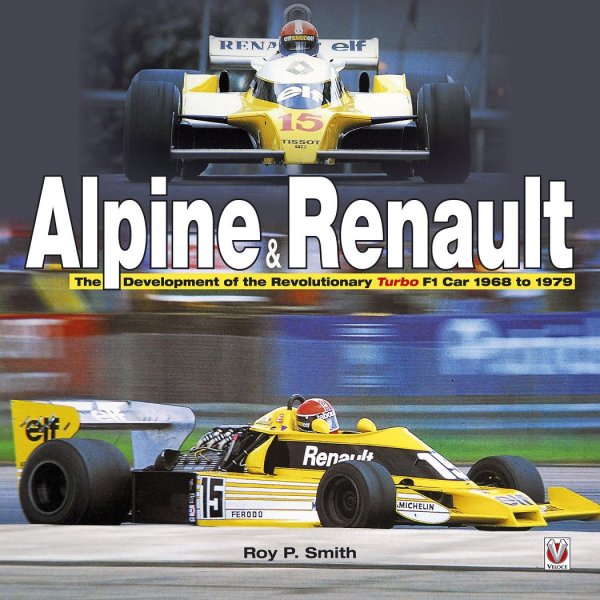 Description
Description
by Roy Smith This is a study of how the first turbo Grand Prix car came to be a reality.... more
Close menu
Alpine & Renault — The Development of the Revolutionary Turbo F1 Car 1968 to 1979

This is a study of how the first turbo Grand Prix car came to be a reality. Starting with a brief history of Renault, the story moves to the development of Jean Redele's company, Alpine, and the parts played by Gordini, Elf and Michelin, including much personal input from the men who made it happen.

The first experimental car in 1968 was so nearly raced by Mauro Bianchi in the French GP of that year, but its development was stopped by Renault - the book details the visionary ideas of the talented engineers at that company, as well as at Gordini and Alpine.

The creation of a turbo engine for the Alpine sports car led to the idea of a Grand Prix car powered by a turbocharged 1500cc engine. Grand Prix driver Jean Pierre Jabouille's determination to develop such a car on the track is graphically described, demonstrating the huge technical challenges that awaited the team.

The book is stunningly illustrated and is completed by a full record of the developments and races during the turbo era. Features a transcript of the first public test, race reports on every event, over 400 photos and special illustrations.

PART 1: In the beginning

PART 2: The development of an idea