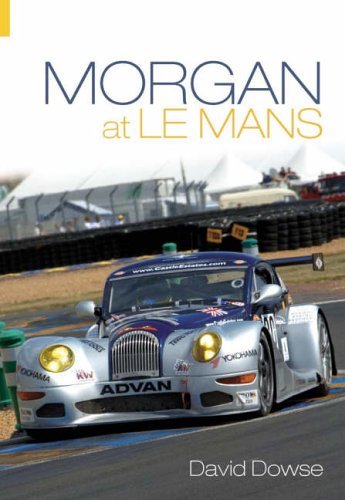 A minnow in a rather large pond - that was Morgan at Le Mans. There they were, one of Britain's smallest car manufacturers, competing with the big boys of Porsche and Ferrari. The story of their Le Mans is one of triumph and tragedy, of David against Goliath. Yet they managed to gain an entry to the world's most exclusive race and, despite their car retiring at the eighteenth hour in 2002, they made a huge impact on the crowds.

In 2004 the Morgan Works Team fought its way back to Le Mans - and on to an historic finish that delighted the thousands of fans who had crossed the Channel to support them.

David Dowse, then Morgan's press officer and manager of the Morgan Works Race Team, here tells the inside story of an epic battle against the odds.