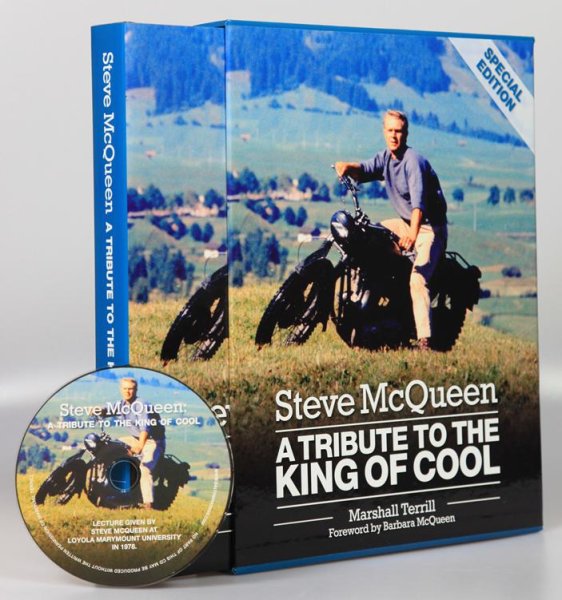 Description
Description
by Marshall Terrill This book tells the actor’s story through the eyes of those who knew him... more
Close menu
Steve McQueen — A Tribute to the King of Cool (limited edition)

This book tells the actor’s story through the eyes of those who knew him best: family, friends, co-stars, business associates, acquaintances and adoring fans from around the globe. Written in passage form, each person brings a different view to the man and the legend, presenting him in an unsurpassed 360-degree perspective. It reads like a biography and is sure to please McQueen fans. Accompanying the 200 passages are hundreds of photos, many of which are seen here for the first time. They illustrate McQueen's life and movie career, as well as his passion for automobiles, motorcycles and antique airplanes. The 384-page book includes a foreword by his widow Barbara McQueen, a family tree, copies of personal documents and memorabilia, and passages from several Hollywood luminaries.

Author Marshall Terrill, who spent three years compiling the information for this book, is a film, sports and music writer and the author of more than a dozen books, including best-selling biographies of Steve McQueen, Elvis Presley and Pete Maravich. Three of his books are in development to be made into movies.

This Special Edition is limited to 2.000 numbered copies signed by both Marshall Terrill and Barbara McQueen. It includes a CD of a recording of a lecture given by Steve McQueen at Loyola Marymount University in 1978, where he talked about the making of An Enemy of the People, and afterwards took questions from the audience.