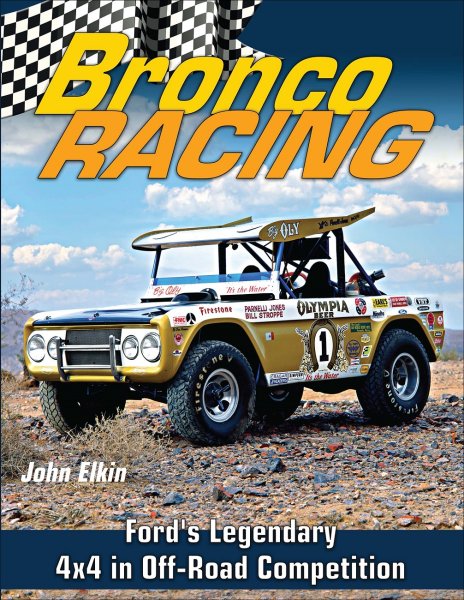 Stuffed with never-before-seen photography, stories, and race results, Bronco Racing · Ford’s Legendary 4x4 in Off-Road Competition is the most definitive publication ever on this marque’s racing success!

In 1965, legendary builder and off-road aficionado Bill Stroppe was one of the first to test the new Bronco in off-road conditions. In March 1966, Stroppe introduced his racing Bronco to the press at the Bronco Roundup, where racing ace Ray Harvick pounded the Santa Ana river bottom with his tuned machine to win Top Eliminator at the Four-Wheel-Drive Grand Prix at Riverside, and the rest is history.

Ford’s Bronco dominated the off-road racing scene and captured coveted titles in the Mint 400, Baja 500, and dirt racing’s crowning achievement: the Mexican 1000/Baja 1000. As the first-generation Bronco gave way to the second-generation machine (1978), racing Broncos continued to devour the competition until Ford pulled the plug on the rig in 1996.

Diligently penned by Bronco racing historian John Elkin, this book is the most comprehensive collection of historical accuracy ever authored on this subject. Pull your belts tight and wipe your goggles clean one last time with Bronco Racing · Ford’s Legendary 4x4 in Off-Road Competition! 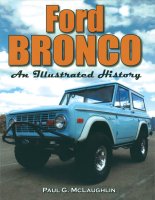