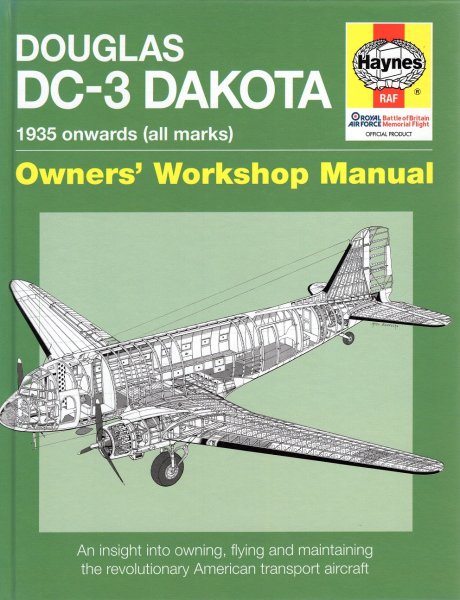 by Paul and Louise Blackah

An insight into owning, flying and maintaining the revolutionary American transport aircraft

The Douglas DC-3 Dakota revolutionised air transport in the 1930s and 1940s. Its success with the airline industry led to massive orders from the US military and more than 10,000 DC-3s were built as military transports in World War 2.

Tough, reliable and easy to operate, the DC-3 (or C-47 in US parlance) played a crucial role in World War 2 with the US military and all major Allied powers. General Dwight D. Eisenhower is said to have remarked that four things won the war: 'the bazooka, the Jeep, the atom bomb and the C-47 "Gooney Bird".' No wonder, then, that the 'Dak' or 'Gooney Bird' is widely regarded as the most significant transport aircraft ever built.

Using the RAF Battle of Britain Memorial Flight's DC-3 Dakota, ZA947, as the manual's centrepiece, the Dak's rugged anatomy is examined in detail, thanks to privileged access to ZA947 during a recent major overhaul. The design, development and operational history of the DC-3 is related, together with unique insights into operating the Dak from the viewpoints of owners, aircrew and ground engineers.
More than six decades after the last DC-3 rolled off the Douglas production line, hundreds of Daks are still earning their keep around the world flying passengers and cargo.