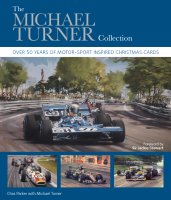 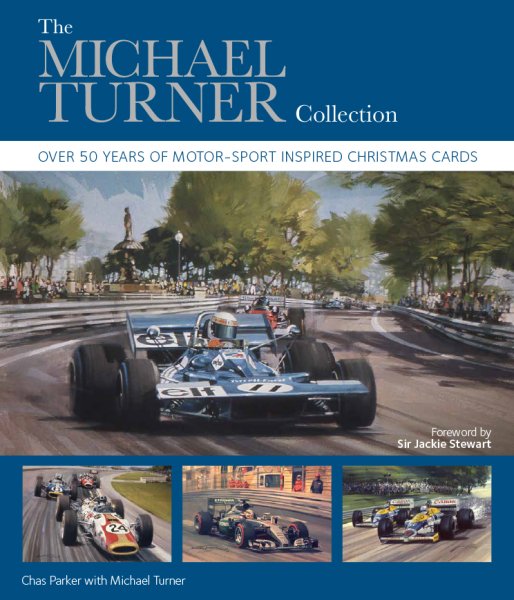 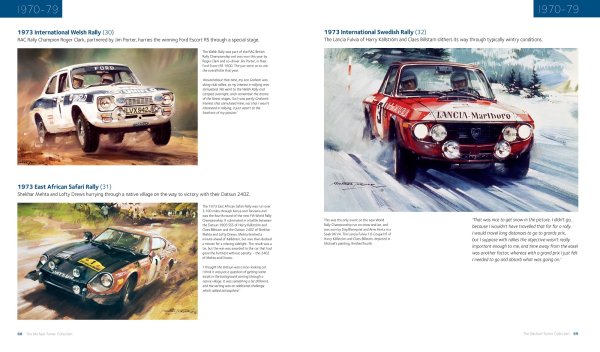 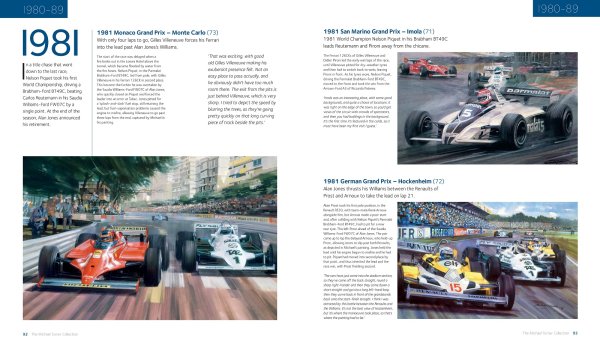 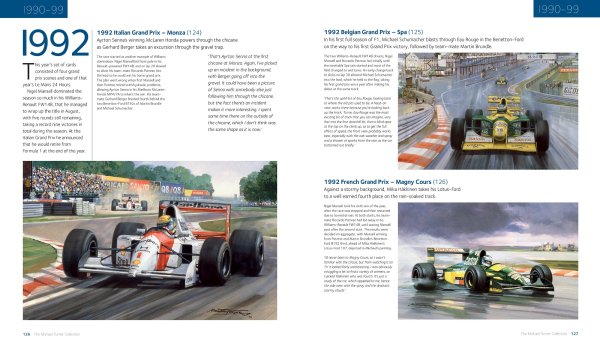 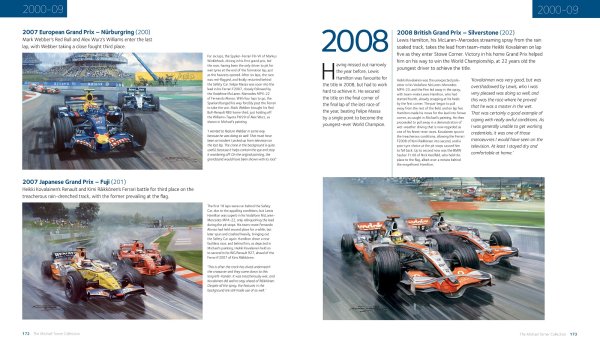 by Chas Parker with Michael Turner

For over 50 years, renowned motor sport and aviation artist Michael Turner annually produced a set of paintings depicting stand-out moments from that year’s Formula One and sports car racing season.

The paintings were reproduced as a set of Christmas cards and made available through Michael’s own company, Studio 88, which he formed in 1963. Over the years, these cards became highly-collectable to the extent that, in 1992, Michael’s wife, Helen, formed a Collectors’ Club which quickly gained a worldwide membership. Now, for the first time, the entire collection of cards produced between 1960 and 2016 are published together in the book, The Michael Turner Collection, written by Chas Parker in conjunction with Michael.

Each card is reproduced on high-quality paper, together with its original caption, a brief synopsis of the event depicted, and Michael’s recollections of why he chose that particular subject and setting.

The subjects range from heroes of the 1960s such as Jackie Stewart, Jim Clark, Graham Hill and John Surtees to modern day drivers including Lewis Hamilton and Sebastian Vettel, and the tracks include classics such as Nürburgring, Spa, Monaco and Silverstone. Some sports car events such as the famous Le Mans 24-Hours are also included.

The Collection provides a unique perspective on the post-war development of motor sport, with Michael’s attention to detail ensuring that the cars and circuits alike are recorded accurately and in a way that could not be captured in a photograph. In order to achieve this, during his career Michael travelled to most of the major Grand Prix circuits across the world.