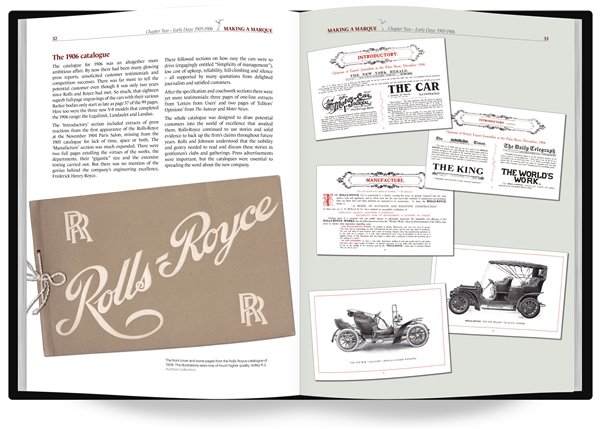 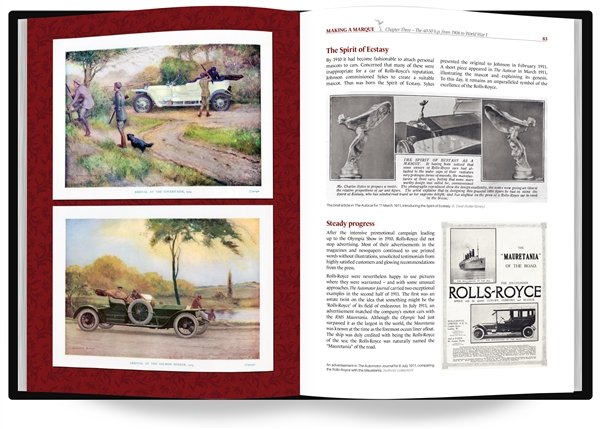 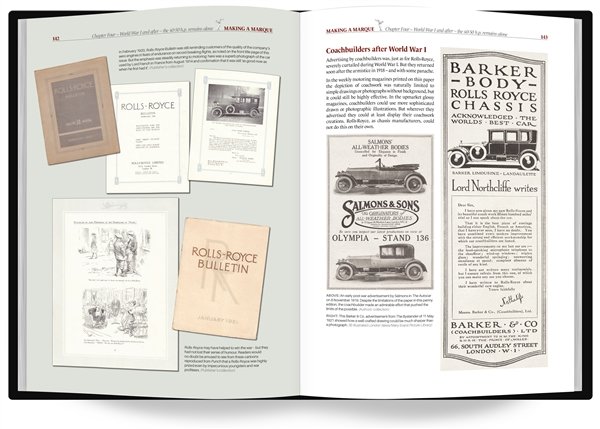 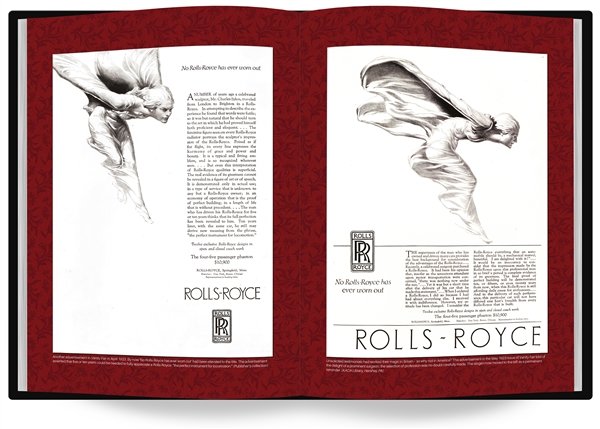 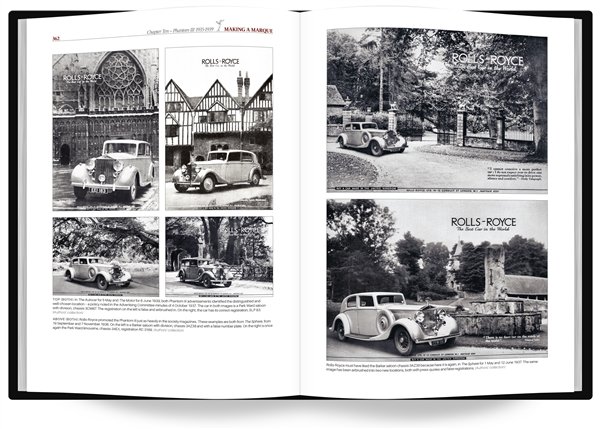 by Peter Moss and Richard Roberts

When Charles Rolls met Henry Royce in May 1904 and drove the Royce car, he recognised his future partner for the engineering genius he was – but that was not enough. Rolls-Royce needed to establish their reputation in a crowded field. It was Claude Johnson, the firm’s managing director, who crafted every aspect of the promotion of the cars and the company until his death in 1926 and set a lasting standard for Rolls-Royce publicity.

A very different approach was demanded in the 1920s when Rolls-Royce ventured into manufacture in America and had to convince potential customers that a Rolls-Royce made in Springfield, Massachusetts was the equal of a Derby-built car.

This book tells the story of the constant battle for recognition on both sides of the Atlantic. It pulls together the many strands of promotion that Rolls-Royce used, from publicity for wins in races and trials, through advertising in important magazines and influential newspapers, to beautifully produced pamphlets and catalogues. It brings to light the unique Rolls-Royce style: independent press reports and unsolicited testimonials on the quality of the cars, and detailed explanations of the engineering standards and expertise that created that quality.

It also highlights the outstanding variety and quality of Rolls-Royce’s illustrated advertising, some of it in full colour, and how the company used it to attract the most demanding customers – and it goes behind the scenes: rare minutes from the Advertising Committee during the 1930s reveal the decisions that led to some of the finest examples of the company’s promotional work.

A major work on the promotional history of Rolls-Royce motor cars from the company’s beginnings in 1904 to the outbreak of World War II.