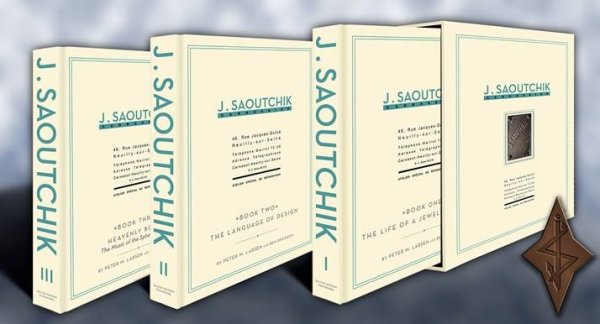 The story of Jacques Saoutchik and his life spans eight decades, two world wars, a flight from Imperial Russia, incarceration, the birth of the automobile and its design, the Great Depression, the heyday of the Carrosserie D'Automobile Luxe in France and its subsequent annihilation - all set against a backdrop of glittering socialites, artists, demi-mondes and couturiers who populated the chic salons of Paris. It was an endless pursuit of elegance, a merry-go-round of the rich and famous - by atantly ignoring the facts of life, which in the end found itself obliterated when the music stopped. It was a way of life that was trampled by the most fundamental political and social upheavals the worl d has ever seen. On top, Jacques Saoutchik lived a personal life which for decades involved maintaining two completely separate families, each knowing of the existence of the other.

And then there are the cars. The fabulous, extraordinary, extravagant, spectacular works of art that Jacques Saoutchik designed and manufactured. He was the greatest artist the coach building industry has ever seen.