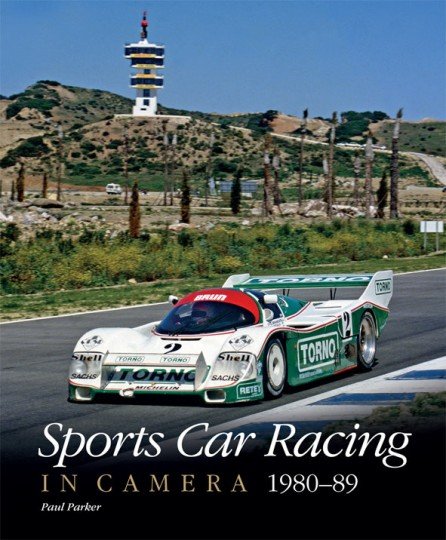 Beschreibung
Beschreibung
by Paul Parker Sports-car racing was in decline by the end of the 1970s and the first two... mehr
Menü schließen
Sports Car Racing #2# in Camera 1980-89

Sports-car racing was in decline by the end of the 1970s and the first two years of the 1980s were largely the domain of private teams and individuals with one exception: Lancia had a good 1980 but over time they were inconsistent and abandoned ship in 1986, never to return.

Porsche allowed a favoured Reinhold Joest to run a 936 prototype at Le Mans 1980, built with factory components but insisted that it be called a 908/80 to protect their reputation if the car failed. It finished second and would have won but for assorted problems. Nevertheless, Porsche decided to use a 936 one last time and won at Le Mans in 1981.

The TWR Jaguars, which appeared at Mosport in August 1985 finishing third, won their first race at Silverstone in 1986, but it took Tom Walkinshaw three years to win at Le Mans. They were Team and Drivers’ Champions in 1987 and 1988, but 1989 saw the already race-winning Sauber Mercedes C9s take control.

Peter Sauber had used Seger & Hoffman Aerospace for his SHS Group-6 cars’ bodies but left them in 1983, and in 1986 with Mercedes-Benz engines and Kouros backing he began to make progress. Nevertheless, for some time it was a one-car team with limited race appearances until Mercedes took over fully in 1988.

Of the rest a potpourri of private teams and individuals tried their luck with just a few winning occasionally. These included the customer Porsche teams, including Joest, Brun, Kremer et al., whose presence outlasted the works cars although in some instances they were the beneficiary of factory 962s, usually Joest.

Back in what became the C2 class, the main protagonists were Alba Giannini, Spice Engineering, Ecurie Ecosse and Chamberlain Engineering, although this category was prematurely shot through the heart in 1989 by the new 750kg 3.5-litre naturally aspirated C1 class created by FISA.

Thus sports-car racing in the 1980s, a slow start that evolved into a cornucopia of extreme power, speed and famous names while historic circuits such as Sebring, Monza, Silverstone, the Nürburgring, Le Mans and Spa were joined by a variety of lesser-known venues, some long departed.

This unique decade is captured here in more than 400 photographs (nearly all colour), making this the most extensive and ambitious In Camera volume so far. As usual, Paul Parker provides his detailed commentary, which will fascinate all motor-racing enthusiasts.